Voga (that's voging and yoga!) at Lights of Soho

VOGA is for people who like the idea of yoga but also want a cardiac workout without losing focus. It combines the expressive moves of the ‘dance’ class with the breath synchronised movement of yoga.

Vogue and Yoga?! This was a new fitness trend I had to try!

Popping up in venues all over the world, VOGA is a fusion of stretching and posing all performed to a playlist of 80s beats. The concept was created by Juliet Murrell, a  successful set designer in the fashion, film and design industry who, after suffering chronic fatigue, traded it all in for a life of wellbeing and fitness. From yoga retreats in Ibiza, to classes in Paris, New York and, of course, London,  I was lucky enough to attend their launch night at Lights of Soho, a members only club in the heart of the city.

Entering the venue, admittedly I was a little unsure.... particularly when I saw the sign to the 'sex shop' just outside the 'changing rooms' (which were actually unisex toilets). 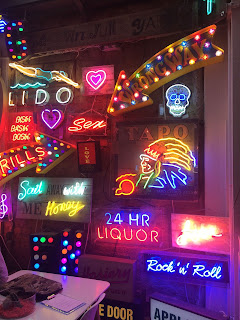 However, I soon made my way upstairs and saw great the set and space where the class would be held....

Admittedly the floor was a little small (there was a lot of bumping!!), but as soon as the sound system kicked in and the lights came on that was all forgotten. Forgot any stuffy studio gym classes... this felt  more like we were all crammed into an exclusive high-flying NYC party! 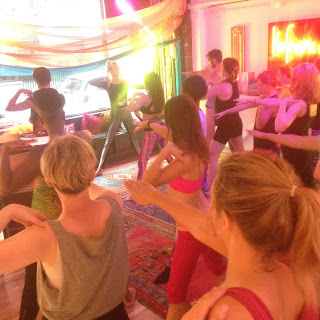 Definitely different to your traditional yoga class, VOGA trialled us out with poses including Queenie, Peacock and Disco Cat. Every so often Juliet reminded us to 'strike a pose' and 'turn up your sass'! Combining strengthening yoga positions with upbeat dance movements, although it sounds like a bit of a gimmick, it actually was an effective workout, and so much fun that you didn't even notice the burn (until the next day that is!). 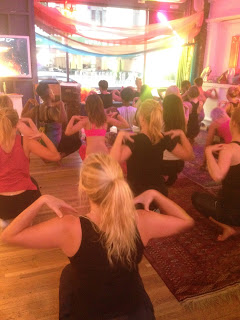 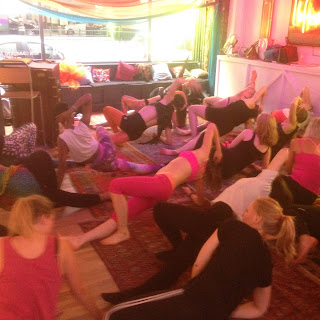 Ok, so the fact the class wasn't held in an actual gym, it didn't have your usual amenities of showers and lockers, never-mind my favourite Malin and Goetz toiletries in the changing rooms! And I guess although a fitness studio, with a good amount of space and yoga mats, would have been more suitable, it would have been a lot less fun! Added to this, I've praised the other fitness venues I've reviewed on the likes of their smoothie counters and fresh nibbles, whereas after VOGA we could all celebrate our workout with a proper cocktail from the bar.... so what's not to love?!

Price 7/10
The class is held on a regular basis in gyms around London including Gymbox and Oval, which do require a membership, however I think it's the more unusual locations for the pop-up events that are much more fun! Pop up classes are priced at £12 each, and can be booked here.


Alternatively, sign up to SoMuchMore, where you can experience a range of specialist classes at different studios all over London (from yoga, to spinning, to ariel - even tango and salsa!). Visit www.somuchmore.co.uk and you can sign up for a free 7 day trial. What have you got to lose?!

Just a little in awe of Juliet.... OK, so basically I want to be her!! I could totally give it all up for a life of Vogueing, right?! 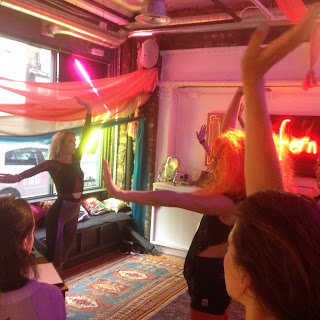 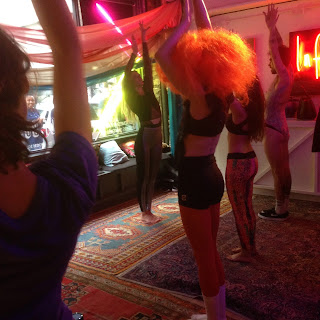 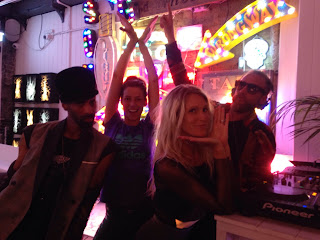 Would  I go back?

Already booked my next class....and I'm also getting quite tempted by these Ibiza retreats... !!