Where to eat in London.... The Grill Market, Chelsea

Brunch is never something I've really been all that fussed about -  I can easily make my own bowl of cereal at home, so I've always preferred to go out for lunch or dinner...something that requires a bit more effort to cook myself.

But that was before I discovered The Grill Market!

With two restaurants in London's Holburn and Chelsea districts, each one is quite different in its offering. However, with the Chelsea shop being more health orientated (it occupies the ground floor of specialist Lomax Gym), it seemed the best one to try. With my friend Ciara visiting from Ireland, we took the opportunity to visit on a relaxed Sunday morning, and catch up over a delicious lazy brunch.


After ordering a couple of cappucino's (where we were given a choice of full fat, skimmed, almond, coconut or soya milk - we both decided on skimmed), we had a look at the delicious sweet treats dotted around in the fridges, before checking out the all day breakfast menu. 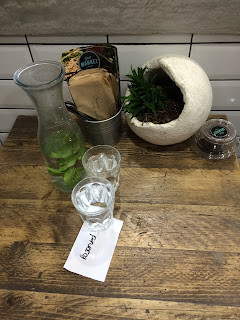 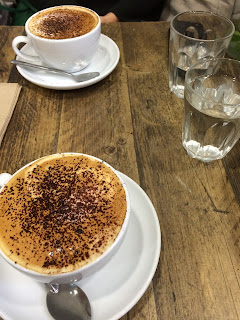 I decided to go for the Protein pancakes, where I was offered a range of toppings including fresh berries, nut buttter, greek yoghurt, banana and agave syrup. I went for the fresh berries and berry compote, which came piled on top of two huge, delicious protein pancakes. Having had protein pancakes before, I was a bit wary that they would have that 'rubbery' texture, but this was definately not the case here. Made from egg whites, spelt flour and vegan protein powder, they were perfectly fluffy and filling. Despite very reasonable prices (cost of £8.50 for sitting in), there was definitely no skimping on portion size here!


Ciara, a French Toast Fanatic, couldn't resist the sound of the Cinammon Sourdough French Toast. Served with homemade nutella, fresh berries, greek yoghurt and agave syrup, she very quickly finished it all up, proudly claiming it was 'the best french toast' she'd ever had!

Although we were both absolutely stuffed, the little sweet treats in the fridge were just calling out our name. Peant butter balls, nutella protein balls, choc mousse, sugar free oatmeal cookies, raw banana bread.... it all sounded so good, and so guilt free, we couldn't resist. We decided the raw orange and chocolate bar, and chocolate protein bites, would be good for refuelling our shopping trip later on. And they most definately were!

All in all, we had a fantastic experience, and I would definately recommend you give Grill Market a try. I would love to go back and try out their salads and daytime menu, however after such a fantastic brunch, I don't know if it's possible to meet the high standards they've set! Having said that, with a 'Protein burrito' menu, and fantastic reviews on their freshly made salads and grilled meats, I feel it is worth the risk! 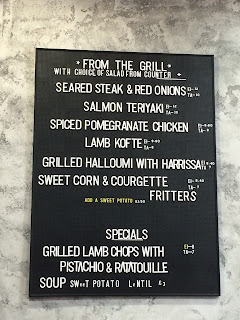 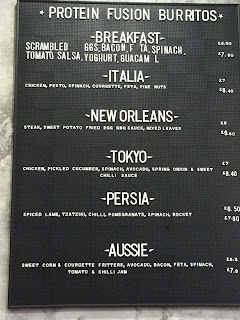 Especially as it's in the same building as the specialist Lomax gym, who offer a range of different fitness classes and personal training. Maybe I could try  a session out there at the same time, and balance the two out a little bit!